CyberLeninka as a part of Russian Open Science infrastructure 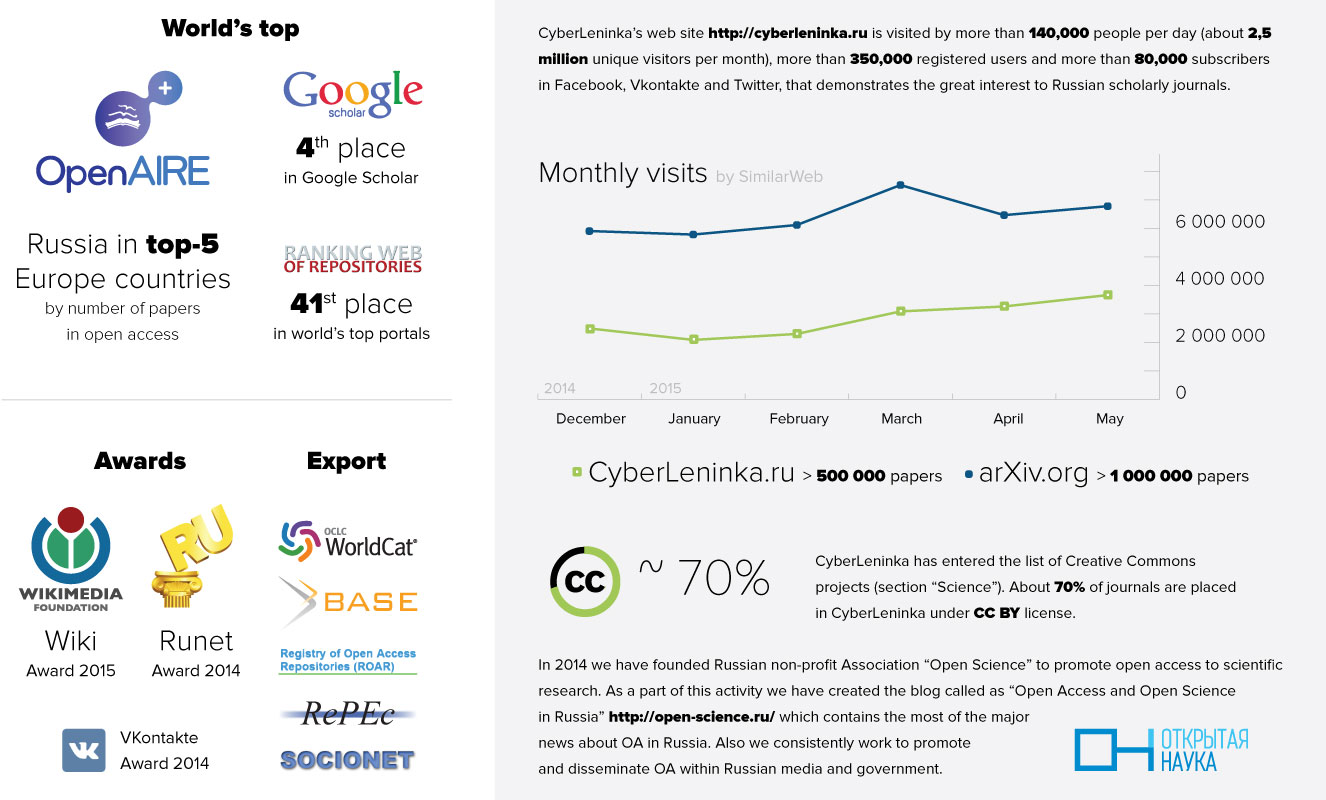 The issue of scientific knowledge openness is urgent worldwide, but for Russia it is particularly crucial for two reasons: open access policy is still not accepted by government and the most cited academic journals are poorly accessible. Solution for this issue is proposed by means of the gold-oriented method which is implemented in the project of open access repository called as CyberLeninka. It is designed in order to improve scholarly communication, promote science and research activities, control research papers quality and increase citation/download rates of journals in Russia and CIS.

The Budapest Open Access Initiative proposes two ways to meet the goal of open access: green and gold. First approach of self-archiving (green) is not widely used in Russia and CIS: there are no subject-specific repositories for key areas of science and just minority of authors publish their papers in institutional repositories. Second approach of OA journals (gold) is not popular as well: the number of OA journals is insignificant and most of them are not popular among scientists.

We propose gold-oriented method which assumes placing scientific papers of traditional academic journals in open access and under open licenses (Creative Commons) and ensuring their visibility on the Internet. The method is implemented in open access repository called as CyberLeninka.

These are key features of this project:

Currently CyberLeninka is a part of Russian research e-infrastructure and contains raw data about the following objects: authors, organizations, journals, papers, references, views/downloads and relationships between them. This data is enough to organize a open access repository of research papers and gather target audience, including scientists, researchers, PhD students, etc.

The next step is to refine and enrich this data through interacting with authors and scientific organizations, academic publishers, universities, etc. and collect additional data. Based on this data we plan to build new high-level services and provide special features for scientists to connect, collaborate and work together.