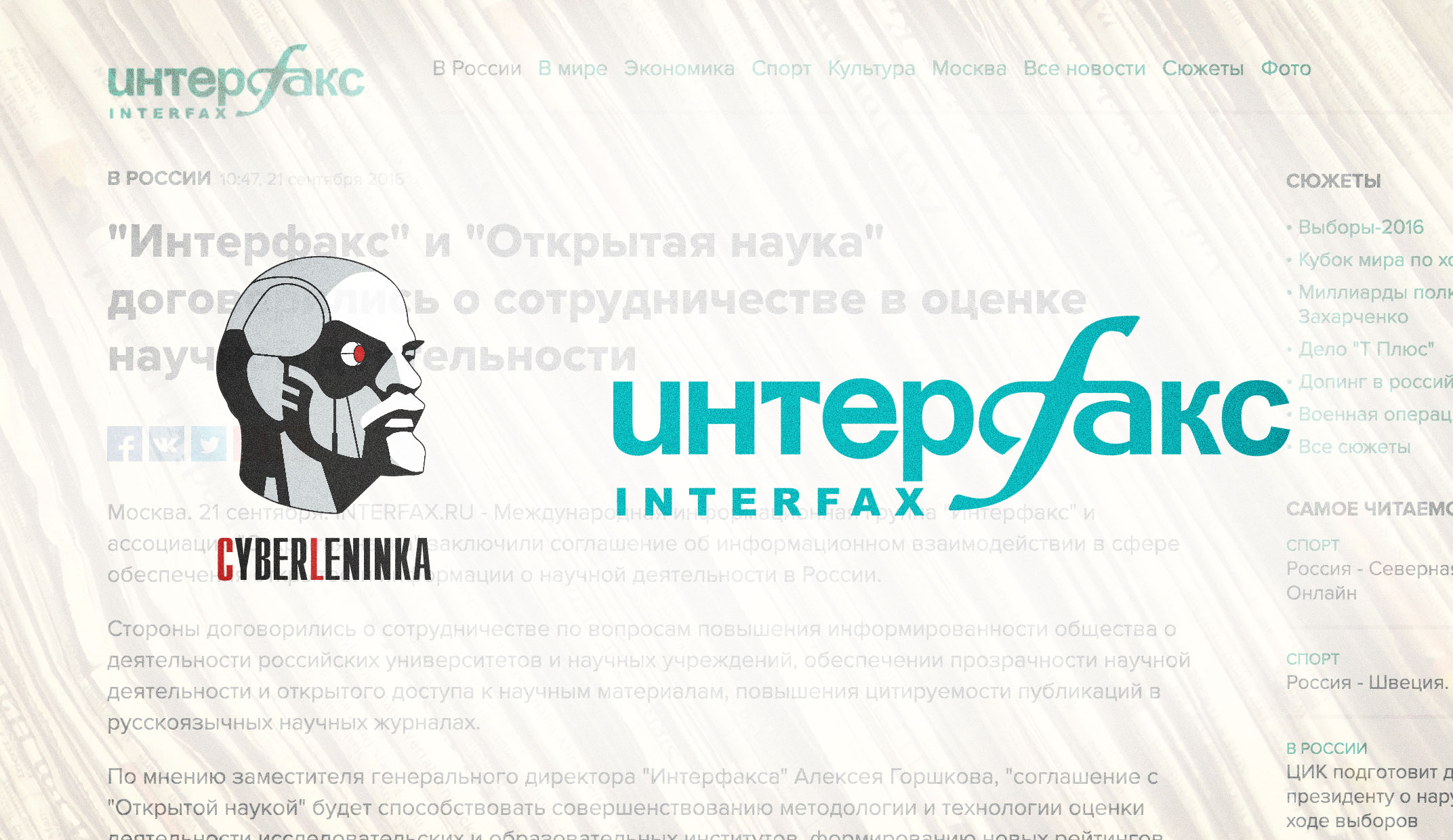 Interfax International Information Services Group and the Open Science Association have signed an agreement on information cooperation in the area of ensuring the openness of information about scientific activities in Russia.

The parties have agreed to cooperate on increasing public awareness about the activities of Russian universities and research institutes, ensuring the transparency of scientific activities and open access to scientific materials, and increasing the citedness of publications in Russian scientific journals.

The «agreement with Open Science will help to improve the methodology and technology for assessing the activities of research and educational institutions, establish new ratings of such organizations, as well as further promote the project National Ratings of Universities of the Russian Federation (NRU),» Interfax Deputy General Director Alexei Gorshkov said.

Interfax has been implementing the NRU project since December 2009. The main goal of the project is to develop mechanisms and procedures for an independent system to assess Russian post secondary institutions and their education programs, and increase the competitiveness of Russia‘s education system and scientific research.

«Joining forces with Interfax will help to take into account criteria of openness of scientific information when compiling ratings of Russian universities and research institutes, as well as help popularize open access to scientific information in the scientific and academic community. In the near future this should give a push to the development of non-commercial scientometrics for assessing the performance of academic and scientific organizations,» Open Science Association Director Dmitry Semyachkin said.

Open Science is the operator of CyberLeninka, one of the biggest academic resources on the Russian Internet.

«In the four years of its existence, CyberLeninka has managed to secure free licensing agreements for more than 1,000 scientific publications, including the journals of 14 post secondary institutions from Project 5-100 and most of the country‘s leading universities, according to Interfax‘s rating. The project is one of the world‘s top ten repositories of scientific publications and is the third in the world by visibility in Google Scholar, according to Webometrics data,» Semyachkin said.

Interfax Group is the largest information services group in the CIS, and the recognized leader on the Russian information market in the B2B segment. Interfax was founded in 1989, when a group of journalists formed an information agency that became the first nongovernmental outlet for the latest political and economic news about the Soviet Union.

Interfax is the most frequently cited source for the latest information on Russia and the CIS.